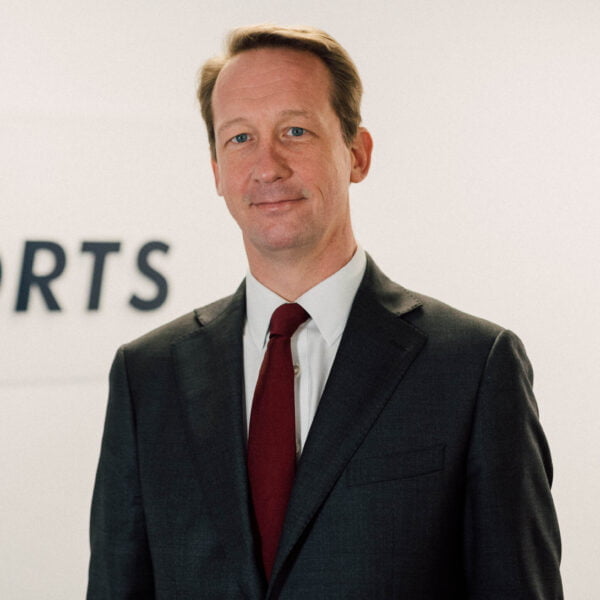 Frans joined PD Ports in May 2008 as Key Projects Director and member of the Senior Executive Team.

Having started his career at the Port of Rotterdam, Frans brings considerable experience in the development of container terminals throughout Europe and in the USA, gained during a very progressive career within APM Terminals.

As Senior Project Manager Business Development for APM Terminals International, he led the $100 million JV Project between APMT and CMA/CGM to deliver a 30 year concession for the port of Mobile, Alabama. In his last role as General Manager Project Implementation and Business Development, amongst other notable achievements Frans had been instrumental in the successful APMT bid for the first concession at the new Rotterdam Maasvlakte 2 development.

Frans was appointed Chief Executive Officer of PD Ports in 2017.

Frans has been instrumental in the successful strategic transformation of Teesport’s container platform, which has led to consistent positive growth in container volumes through the acquisition of new business; affirming PD Ports’ position as a lead player in UK portcentric logistics. 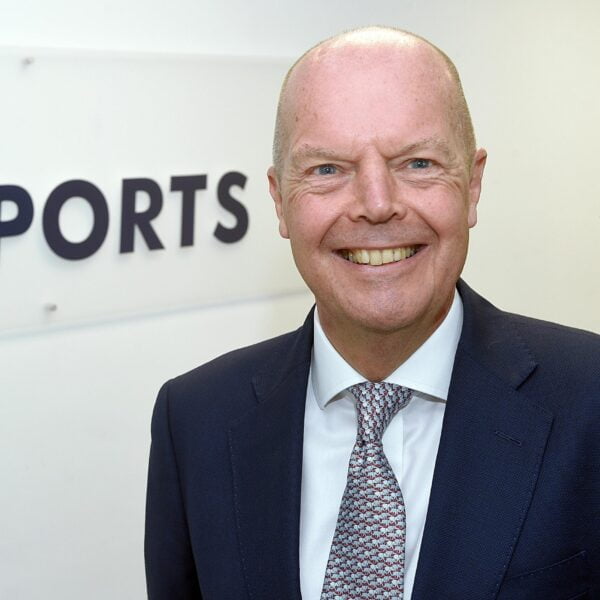 Having been employed at Board level by PD Ports and its predecessors for over 30 years, Jerry has been a key tactical and strategic decision maker throughout his career.

To date, Jerry has successfully driven PD Ports through a number of significant milestones including, the transformational development of container operations on the Humber and Teesside, underpinned by the progression of portcentric logistics. He has also been instrumental in the establishment of an extensive footprint of activity in the offshore energy sector;   the “bounce back” of the business in the wake of the closure of SSI and the positive negotiation and closeout of a number of major international investment contracts including the world’s largest biomass power station, MGT.

Most recently, Jerry has spearheaded a collaborative consultation process to support the Tees Valley Combined Authority with the region’s Freeport bid, as part of PD Ports’ Statutory Harbour Authority obligations.

As a trusted expert in his field and a visionary leader, Jerry continues to support and encourage business innovation and growth right across the business. His sustained drive to improve efficiencies, knowledge, opportunities, communications, people development and safe working sensibility ensures he puts all of PD Ports employees and stakeholders at the heart of his decisions. 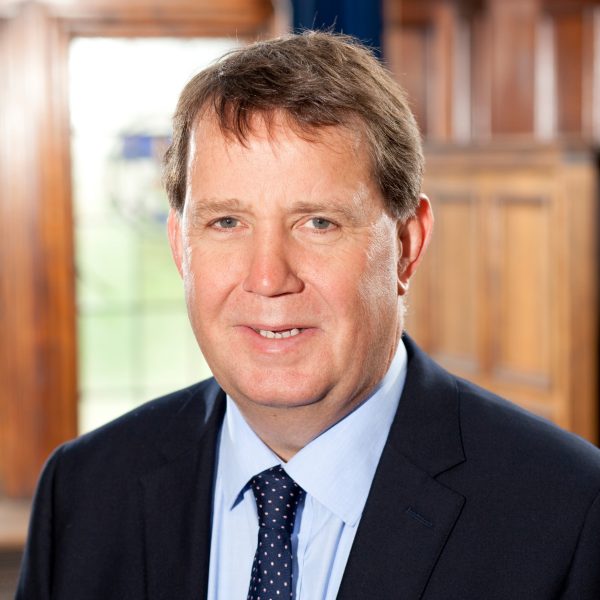 He started his port career at the Port of Felixstowe and in 1994 he went to Hong Kong to manage the Hutchison Port Holdings container operations in that territory. During this period he led a major expansion programme and helped create what is now the world’s largest container terminal.

David was appointed Chief Executive Officer of PD Ports in 2006.

In the last 12 years, David has steered the Company through some tough challenges including a difficult recession. Under his direction, PD Ports has continued to invest in both its people and infrastructure, with more than £80M invested into expanding and enhancing the operational platform at Teesport.  This investment has driven the Port’s development and positioned PD Ports at the heart of growth in the UK ports sector and the North East economy.

Due to David’s passionate commitment to the maritime sector, David was awarded an MBE in the New Year’s Honours List in 2015 for services to international trade and the UK economy.

In March 2017, David was appointed Director of Operations within the Brookfield Infrastrucure European team and will become PD Ports Chairman. 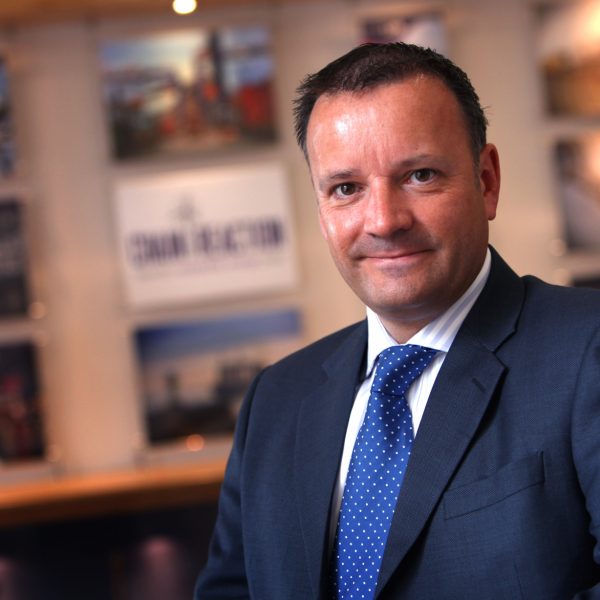 Dermot joined PD Ports in March 2000 as Group Financial Controller and was appointed as Group Chief Financial Officer in May 2006.

During his early career with PD Ports, Dermot was closely involved with the sale to Nikko and consequent refinancing of the business in 2000-2001, with the sale, flotation, and Full Listing in 2004, and with the Group’s subsequent acquisitions by Babcock & Brown Infrastructure in 2006 and Brookfield in 2009. He subsequently led the refinancing of the whole Group which was completed in January 2020.

Dermot is also a CBI regional councillor, a Governor, and Chair of the Audit Committee at Teesside University.

He joined PD Ports from London-Luton Airport, where as Human Resources Director he helped deliver major restructuring and cost reduction programmes prior to the sale of the business to TBI plc. Prior to this, Russ worked in senior HR and General Management roles in engineering, food manufacturing, and the logistics sectors.

During his career with PD Ports, Russ has been responsible for delivering a number of restructuring programmes throughout the business. He also played a significant role in positioning Teesport as one of the world’s first ports to be accredited to British Standards Institution (BSI) standard 25999-2 for its Business Continuity Management Programme, and has also been instrumental in leading the Company’s accreditation to the International Standards Organisation (ISO) standards 140001 for Environmental Management Systems and 50001 for Energy Management Systems.

Since 2013, Russ has led the business through a far sighted development of the Company wide behavioural safety programme with consultant Ryder Marsh Ocaid, which has resulted in a most effective and sector leading safety culture throughout the Company, including the introduction of Safety Champions at all locations, designed to widen the engagement of all employees in the vital area of occupational health and safety, an objective that has been delivered consistently throughout PD Ports. 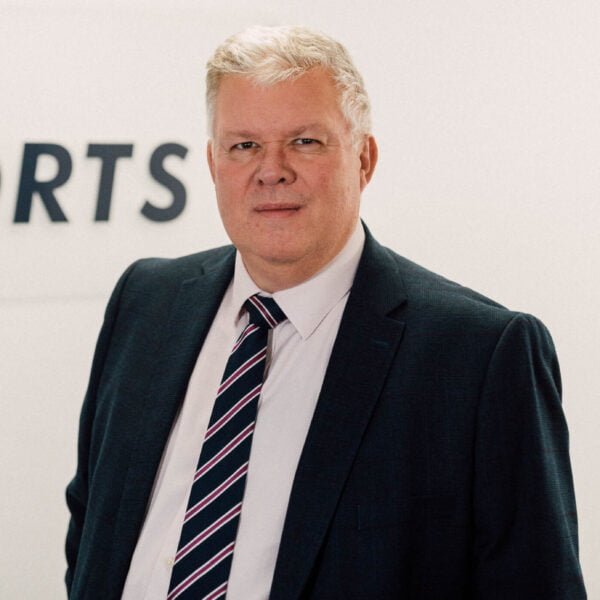 Geoff has over 37 years’ experience in the logistics and transport industry with a background in operational and general management, as well as in business development and marketing. His experience includes senior appointments in the shipping and ports logistics sectors. Immediately before joining PD Ports  Geoff worked at Kuehne + Nagel for a number of years, where he latterly held the position of Vice President, Global Business Development. During his career, Geoff has also worked at ABP, BOC and a number of other major logistics businesses in senior roles.

In his role at PD Ports, Geoff is responsible for driving the commercial business development activities across the Company. He is also now responsible for PD Freight Solutions and other operations. He has been instrumental in driving forward relationships with Transport for North and continues to play a key role in lobbying for critical improvements to UK transport infrastructure as part of the Northern Powerhouse agenda. He has also since 2020, become a board member of the Rail Freight Group (RFG). 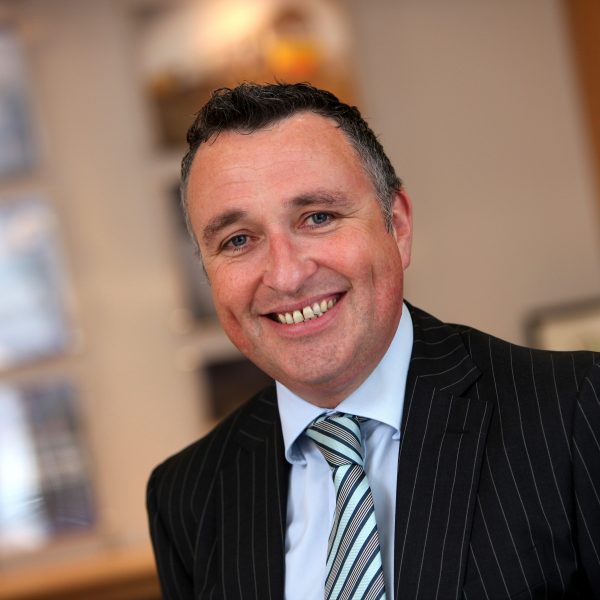 A chartered surveyor with 35 years working in both the public and private sector, Michael has extensive experience in property development, valuation, acquisition, disposal, management, rent reviews, and lease renewals.

Prior to joining PD Ports, Michael was Head of Property at the urban regeneration company, Sunderland arc, and was responsible for master planning, assembling, and marketing a number of nationally significant development sites as part of a £1.3 billion programme to regenerate Sunderland City Centre and the River Wear Corridor. Before this, Michael held senior positions in local government being a Chief Estates Officer and a member of the Association of Chief Estates Surveyors.

In his role with PD Ports, Michael is responsible for the management of the property portfolio and delivering new port related business opportunities, being involved in projects such as Tesco distribution warehouse and MGT Power Station developments at Teesport and JDR Cables at Hartlepool. 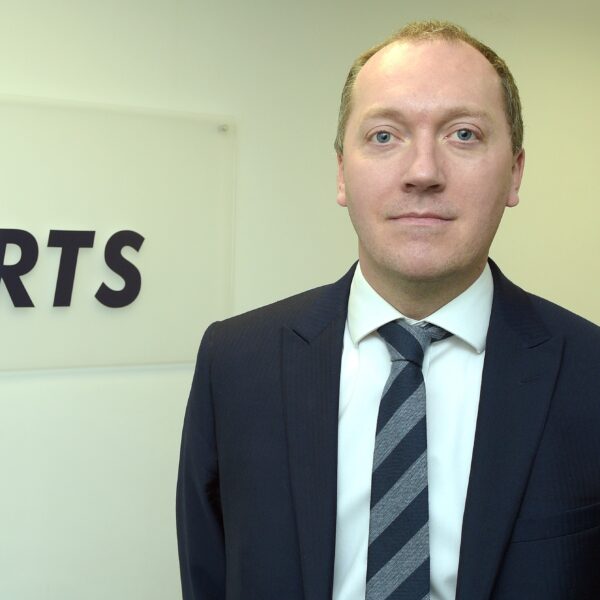 Paul joined PD Ports as Chief Technology Officer in 2020, a new role created to help drive technological and operational transformation of the business.  An accountancy graduate from Northumbria University, Paul started his career in auditing before qualifying as a chartered accountant.

He joined Formica Group in 2001 and spent 10 years in various financial roles, starting in the UK then taking on roles for the European and then the Global business, before moving into Business Development focusing on manufacturing consolidation, growth, and acquisition opportunities. He was assigned to the Formica Asia business, based in Shanghai in China to help grow the business, then in 2012, was appointed Global CIO of the Formica & Laminex businesses, a €1bn revenue division of Fletcher Building, at that time Formica’s parent company.  In this role, he looked after 7 business units around the world, with over 5,000 employees – the main focus of the role was leading two ERP programmes, implementation of a number of cloud applications and development of the Digital programme.  In 2015, Paul was appointed Chief Operating Officer of the Formica EMEA business, with responsibility for manufacturing, supply chain and all operational aspects of the business, including HR, customer service, procurement, and IT.  Apart from the day to day operations, the role was focused on the turnaround of the European business, with a number of major programmes including a major investment in a key manufacturing site.

Paul holds a Masters from Durham University and is also a Trustee for the Percy Hedley Foundation, a local charity that provides education and support for children & adults with special needs. 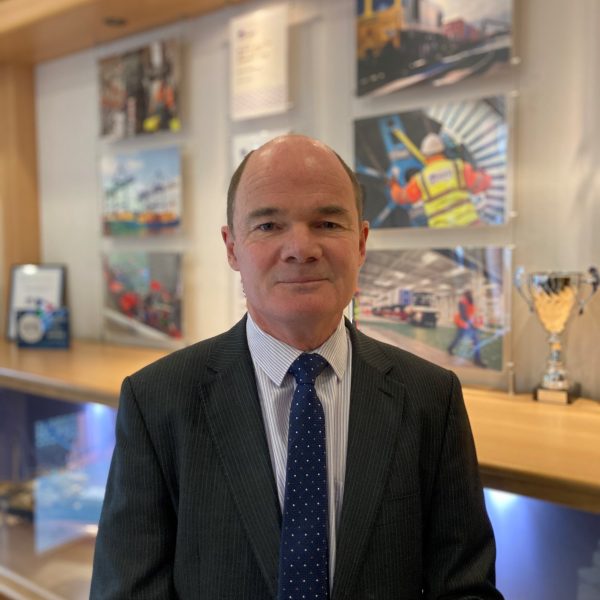 Jon joined PD Ports in May 2000 as Financial Controller with initially a primary focus on the Teesport related businesses. Developments within the role then included responsibility for the Teesport IT team, a merger between the Northern and Southern accounts functions, and the development and launch of the group wide IFS software system. Jon has also been closely involved in the Group’s compliance with the Port Marine Safety Code since its inception, as well as overseeing a restructure of the Group’s Harbour Police and Security function.  Jon was appointed as HR and Statutory Compliance Director in August 2021.

Jon is a Mining Engineering graduate from Newcastle University who then completed a Short Service Commission in The Corps of Royal Engineers, British Army.  Prior to joining PD Ports, Jon completed professional accountancy training with KPMG and had held a number of financial roles at Pubmaster, a nationwide pub chain based in Hartlepool.

Jon is married with four children and Trustee of the York Air Museum and Allied Air Force Memorial.

A DAY WITH EMILY CLARK