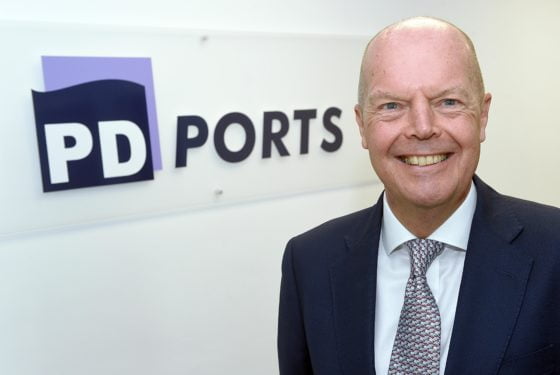 The panel, hosted by Dave Allan, met to discuss why Teesside is the prime location for a Freeport and what Freeport status would mean for the wider region.

Streamed live on Facebook, Jerry explained why being granted Freeport status would bring both employment and economic benefits to the Tees Valley.

“The basic premise of a Freeport is to act as a catalyst for continued growth and opportunities within the region,” said Jerry.

“We want to provide for people currently living and working within the Tees Valley as well as ensuring the prospects remain for their children and their grandchildren.

“To deliver the desired socioeconomic benefits and betterment for the region is very complex but it can be done.”

Jerry was also keen to reinforce the fact that Freeport process will not create winners and losers, but rather encourage collaboration in order to achieve betterment for the region.

“It would not make sense to allow a thriving business, for example in the chemical sector, to sit outside of the Freeport boundary and then invite a competitor to sit inside. We will not achieve the betterment we desire through creating winners and losers through this process, we need to work together.

“There is an imperative now to drive this initiative through at government level if we are going to go down this path of having a Freeport in the Tees Valley.

“I can say with confidence that I cannot think of a river, a port, a region, set of hinterland and socioeconomic backdrop that presents a more profound opportunity to bring this [Freeport] to fruition.”

Ben Houchen, the Tees Valley Mayor, echoed Jerry’s optimism saying, “We are in the best position and we have helped to design the policy, we have got a chancellor who is extremely keen to see Teesside succeed. We have got the most compelling argument compared to everyone else.”

The consultation process, in which businesses and local enterprise partnerships are invited to submit their thoughts on the agenda in to UK Government, is now approaching its deadline of July 13th with the outcome expected to be announced in November.

If the Tees Valley is successful in its bid, which would provide special freedoms to trade within a specific area around the Teesport, the Freeport could be in place from as early as May 2021.