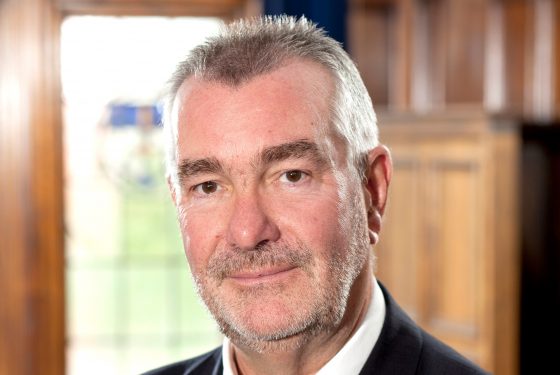 PD Ports’ Human Resources Director, Russ McCallion, has been awarded an OBE in the Queen’s New Year’s Honours List for services to both business and the local community within the Tees Valley.

Russ joined PD Ports in 2002 from London-Luton Airport where, as HR Director, he was instrumental in delivering major restructuring and cost reduction programmes prior to the sale of the business.

During his career with PD Ports, Russ has led a number of restructuring programmes throughout the group and has also played a significant role in positioning Teesport, the company’s largest asset, as the UK’s Northern Gateway to the rest of the world through numerous successful accreditations including ISO 140001 and Environmental Management and ISO 50001 for Energy Management.

Until recently, Russ was also a Governor at the Education Training Collective (Etc.), joining a group of educational partners who share ambitions of providing further education opportunities for young people in Teesside.

Frans Calje, PD Ports CEO, said: “Russ has been an asset to the business for the past 20 years, his knowledge and expertise has been vital in enabling PD Ports to become the progressive, industry leading business that it is today whilst also driving opportunities for the next generation.

“We are incredibly proud of all that Russ has achieved during his career and this recognition is richly deserved.”

Jerry Hopkinson, PD Ports COO and Vice Chairman added: “Russ has been both the heart and the engine driving the transformation in respect of our cultural sensibility to health and safety over the last two decades. Our shared values have been forever changed – health and safety is, and has been made under his watch, our number one priority.

“Russ’ example of humanity, warmth, common sense and wisdom in the workplace is something for which I, and I know all of us in PD Ports, will always be indebted. I suspect he will act with his customary humility at receiving this honour but it is entirely deserved and goes to one of the true leaders in our industry”.

Mark White OBE DL, Chair of Governors of the Education Training Collective, spoke highly of Russ’ commitment to raising aspirations in young people across the Tees Valley. He said: “I am absolutely delighted to congratulate Russ on this fabulous honour.

“He served for many years as a very active and influential governor of our college group. His insight and passion for excellence have played a huge part in the success of our students, our colleges in Billingham, Redcar, Stockton and Thornaby, and our thriving employer partnerships.”