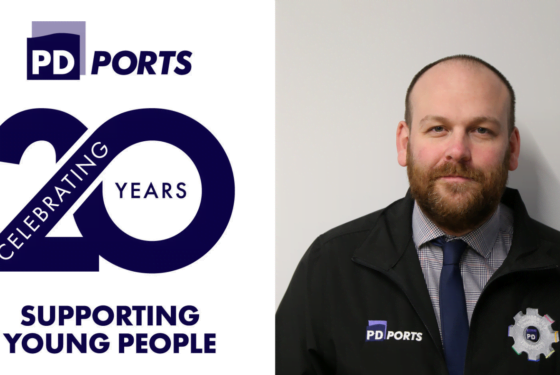 PD Ports has a long and proud history of support young people since its first apprenticeship programme launched in 2001. Now as we celebrate our 20th year of providing opportunities for the next generation, we’re catching up with some of our former apprentices to see where their career at PD Ports has taken them.

Anthony joined PD Ports back in 2004, where he started as a Mechanical Engineering Apprentice. Now, 17 years on, we caught up with Anthony to see how his career has developed and what advice he would give to young people who are looking to start an apprenticeship.

Have you had multiple roles at PD Ports and, if so, what were they?

Yes, following my time as an apprentice I have since taken on numerous roles at PD Ports, including:

What is your current job title, and does it differ in any way to the apprenticeship you completed?

My current job title is Group Engineering Manager Mechanical. Within my role, I oversee the maintenance engineering for the mechanical department across the entire PD Ports group.

When I completed my apprenticeship, a lot of what I did was hands on work and involved learning the basics of mechanical engineering. Now, although my role is still centred around Mechanical Engineering, I have to think a lot more strategically in the role I am in and I am also responsible for a team.

Do you feel PD Ports has been supportive of you throughout your career?

Yes, PD Ports has been very supportive throughout all of my training and development. They helped me to progress with my learning, which in turn has allowed me to progress in my career too.

My apprenticeship introduced me to the world of work and allowed me to get hands on experience at a young age. I also found myself working in a variety of different environments, which was really interesting.

Do you have any advice to current apprentices or those who are looking to start an apprenticeship?

Put the work in and it will pay off!