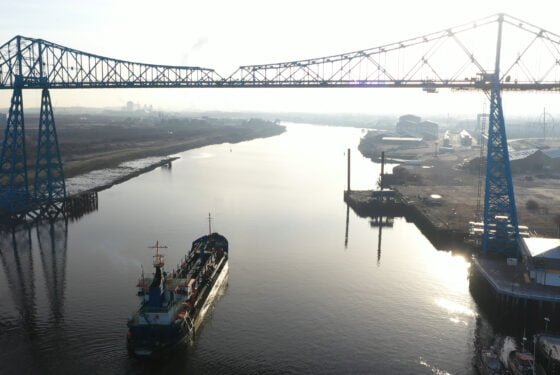 PD Ports is backing the call for Teesside to be selected as the location of the UK’s first Freeport following Chancellor Rishi Sunak’s announcement yesterday (October 7th).

This comes as the Tees Valley Mayor, Ben Houchen, made a renewed call for Teesside to be home to the UK’s first Freeport as the Government confirmed the first are set to open by the end of 2021.

The Government set out further details yesterday, around how it will create a number of new Freeports across the UK to turbo charge post-Brexit trade and create jobs, and PD Ports, working alongside the Mayor, wants Teesside to have the first.

PD Ports has long advocated for Freeports, submitting its response to the Government’s consultation back in July that underlined the huge investment and employment boost that a Freeport could deliver for the local and regional economy if situated on the River Tees.

Following yesterday’s announcement, COO and Vice Chairman, Jerry Hopkinson, said, “PD Ports is a longstanding supporter of Freeports and we are delighted to welcome the announcement from Government confirming the first series of Freeports are set to open in 2021.

“Both ourselves and the Tees Valley Combined Authority have highlighted the transformative potential that Freeport status offers and we will continue working collaboratively to see how we can make that potential a reality to the benefit of the entire region; by capitalising on the Tees Valley’s strengths as a leading chemicals and manufacturing centre and further increasing the potential for additional investment we will create thousands more jobs for our local people.

“As the Custodians of the River Tees, we share the ambition of both Local and National Government, our partners across the region, and, most importantly, our fellow citizens in the Tees Valley, to work together to use Freeport status to win new investment, drive regeneration and create thousands of jobs in our region.”

The Freeport bidding process will open before the end of the year, with the Government confirming Freeports will benefit from streamlined planning processes to aid brownfield redevelopment, a package of tax relief to help drive growth, innovation and create jobs, as well as simplified customs procedures.

Tees Valley Mayor, Ben Houchen, said, “After two years of hard work and pushing the Government to move forward with Freeports, yesterday The Chancellor, Rishi Sunak, announced that the bidding process for the free-trade zones will be open before the end of this year, and confirmation the first Freeports will be in operation during 2021.

“Let me be clear, Teesside is the perfect place to take a lead in post-Brexit international trade with the first Freeport in the UK. This would be a massive opportunity for our area and would help bring huge investment and jobs for local people in Teesside, Darlington and Hartlepool, putting more money in their pockets for them and their families in the process.

“Announcing Teesside as the UK’s first freeport will be crucial in this Government’s commitment levelling up. In the last election, voters in the Tees Valley placed their faith in this Government, many for the first time, on the promise that investment would finally be coming their way, and that included a Freeport.”

Chancellor of the Exchequer Rishi Sunak, said, “Our new Freeports will create national hubs for trade, innovation and commerce, regenerating communities across the UK and supporting jobs.

“They will attract investment from around the world as we embrace new opportunities following our departure from the EU and will be a key driver for economic recovery as we build back better post coronavirus.”