A primary school in Middlesbrough has received a significant boost to support its fundraising efforts thanks to local business, PD Ports.

St Margaret Clitherow’s Catholic Voluntary Academy, Southbank is aiming to raise in excess of £15,000 to procure a new play area for its students; a facility identified by parents as being of significant benefit in helping children develop both fine and gross motor skills.

The current play area had provided both play and social opportunities for the children in addition to its function during school hours, and it is widely acknowledged that there are no other play facilities locally for the children of Southbank. Unfortunately, that existing structure has begun to rot away and is no longer safe to use.

Local mother and PD Ports employee, Caroline Carsley has been working to support the school’s fundraising efforts to replace the structure and applied to the company to access its ‘Find It, Fund It’ scheme. On assessment of the case, PD Ports donated £2,500 to the school which combined with Caroline and her counterparts’ considerable efforts, took the amount raised to an impressive £7,500.

She said: “Walking my daughter to school I noticed the play castle was closed off to the children. On speaking with school, I was introduced the ‘School Council’, a group of amazing children – elected by their peers – who had made it their mission to raise funds to renew this play area. They shared their ideas and while some will shortly move on to senior school, they described wanting to leave a ‘legacy for future pupils to enjoy’. This resonated with me as PD Ports very much looks to the future and progression for the next generation of employees.

“St Margaret is in the heart of the community that includes PD Ports’ Teesport operation and as an ex-pupil with a daughter currently attending the school I am immensely proud to work for a company that recognises the needs of the local community and provides support to make a positive difference through a dedicated scheme.”

PD Ports have made a donation to St Margaret Clitherow RC School in South Bank to help replace their outdoor play area. 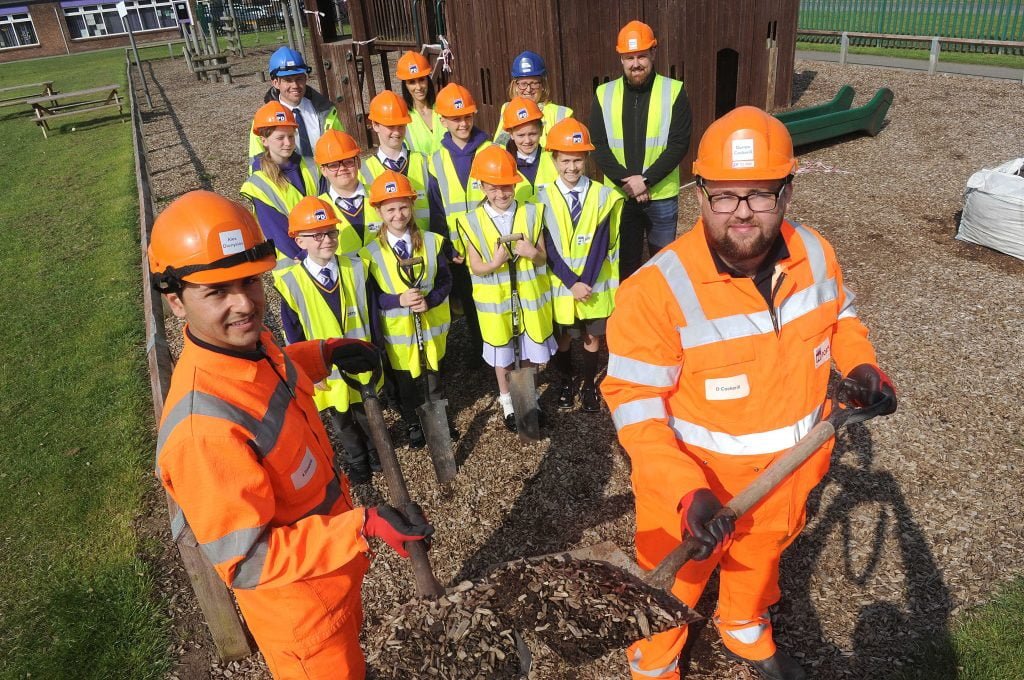 Kirsten Donkin, Head of PR, Marketing and Communications at PD Ports said: “Our donation is a valuable way to help the school and its children throughout the vital early years’ development. This new play area will deliver benefits far beyond educational needs.”

In addition to the financial contribution made by PD Ports, the company’s civil engineering team volunteered their time to dismantle the old structure, ensuring that the funds raised could be used to replace it rather than needing to cover removal costs too.

Miss McNicholas, acting headteacher at St Margaret Clitherow’s, said: “This phenomenal donation is a tremendous boost to the play area fund and we are so grateful that PD Ports chose to support our school. It is so reassuring to know that we have organisations in our local area who reach out to their communities and support them in such an extremely generous way – we can’t thank PD Ports enough for what the company has done for us.”