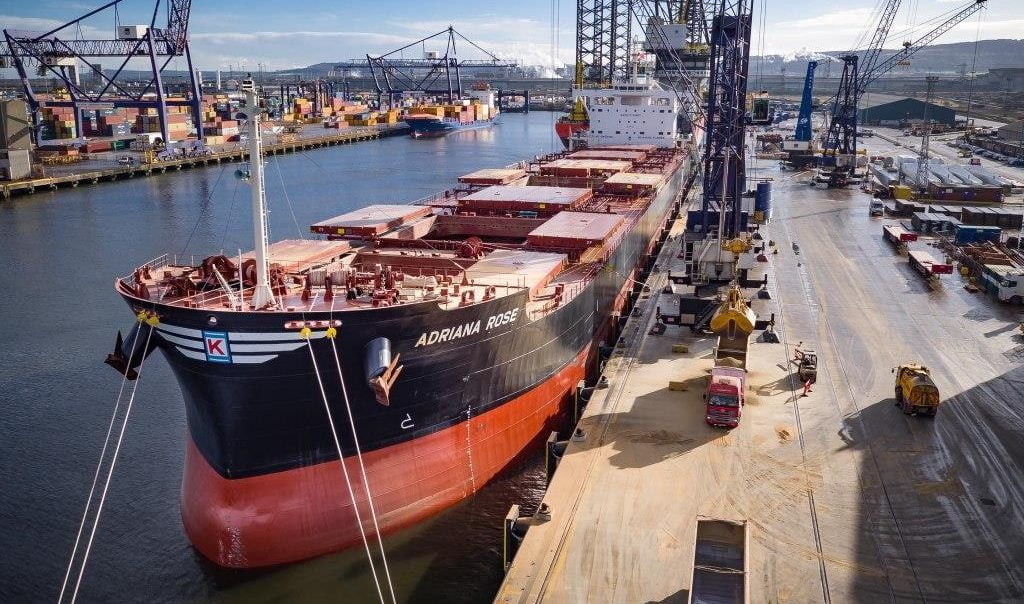 PD Ports has recently agreed a three-year deal with Glencore Agriculture UK, one of the world’s major crushers of soya bean and oilseed rape, to use Teesport as its northern distribution hub.

With a dedicated port already for the South, Glencore will now also import agri-bulks into the North through Teesport to support expansion of its presence in the UK. The Teesport-bound imports will serve the prime livestock producing centres of the UK including Yorkshire, Humberside, the North of England and Southern Scotland.

The imported animal feed products will be stored at the Port providing Glencore with 80,000 sq. ft. of storage capacity before being distributed to customers nationwide.

James Maw, Glencore UK’s Managing Director, commented: “The opening of this dedicated import facility and direct distribution channel into the UK now gives a fully accredited and assured supply chain for quality products right through from crush to UK consumers.

“Teesport’s deep water and high-capacity handling facilities make it a great choice for Glencore’s Northern base enabling significant imports. We will continue to work closely with PD Ports to strengthen our UK infrastructure for the long term.”

Jerry Hopkinson, PD Ports’ Managing Director, Bulks and Port Services, said: “Teesport is well placed to serve Glencore’s northern customer base and to further support the UK’s import/export market for grain. This announcement complements our recent investment to redevelop number one quay in support of our strategic vision to expand the Port’s capacity and capability to handle a more diverse range of commodities across a number of new market sectors.

“As a proud member of the Government’s Northern Powerhouse Partnership programme we continue to promote Teesport as the northern gateway to serve northern UK markets. The arrival of Glencore at Teesport is testament to our commitment to attract inward investment and drive sustainable economic growth across the north.”