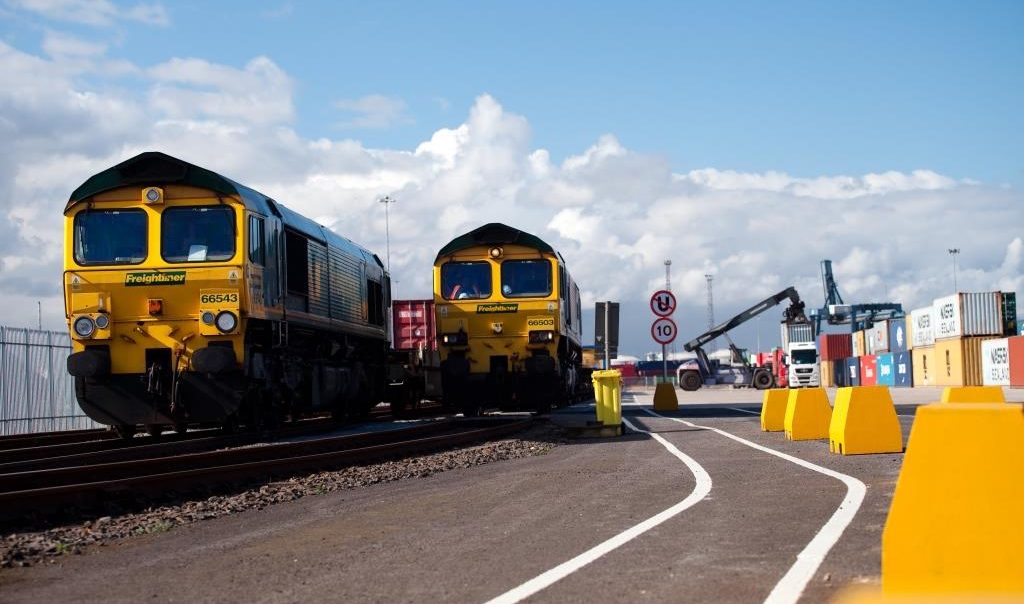 Two years ago, Teesport Intermodal Rail Terminal welcomed the arrival of its first train signifying the start of enhanced connectivity for the North-East port.

Constructed in 2014, Teesport’s intermodal rail terminal was established with connections to Felixstowe and Southampton undertaken by Freightliner. Another connection was swiftly added in the following months calling at Mossend and Grangemouth in Scotland in collaboration with DB Cargo UK.

The rail terminal is part of PD Ports’ wider growth strategy at Teesport. The last ten years has seen £1billion invested both direct and through third parties in developing, upgrading and enhancing capacity to meet the demands of its customers and position the Port as the northern gateway for containerised goods destined for the North of the UK.

Geoff Lippitt, PD Ports’ Business Development Director, commented on the rail terminal’s second anniversary: “Since its construction, the rail terminal services at Teesport have gone from strength to strength.

“We are nearing capacity on most routes supported by customers using the portcentric logistics model and boosted by this success there are plans to establish further routes to the Midlands and the North West in line with market demand.

“We’ve successfully built a strong rail operation at Teesport and there is a clear appetite for increased frequency of services but as an industry we still face significant challenges that could potentially hold back future progress if existing issues of inadequate UK rail infrastructure and limited capacity aren’t tackled.

“We are committed to continuing our work with the likes of Transport for North, Department for Transport and Network Rail to tackle these issues and ensure greater efficiencies in UK freight movements to deliver long-term economic success for the North.”