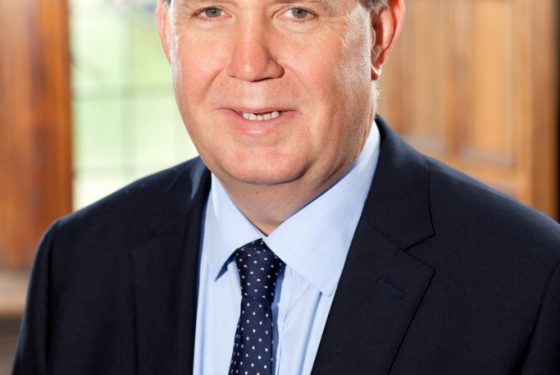 The judges cited David’s win to the huge challenges he has overcome in his role as Chief Executive and the significant success he has led the business to achieve. David was acknowledged for his contribution to the Tees Valley LEP and his achievement with the formation of a Northern Ports Association. The judges described David’s personal contribution to the High Tide Foundation and Business in The Community as phenomenal.

The North East Business Executive Awards, organized by the Chronicle in Newcastle and its sister paper, the Gazette in Middlesbrough, honours the top business bosses in the Durham & Wearside, Teesside and Tyneside & Northumberland regions.

With a career in the maritime sector spanning 22 years, David has used his experience and expertise to diversify operations and promote continued investment across the business. At Teesport, almost £1 billion of investment has been attracted and secured both by PD Ports and third parties over the last 10 years to underpin growth and development.

During his time as CEO at PD Ports, David has attracted investment from some of the UK’s largest retailers including ASDA and Tesco, led a significant expansion programme of Teesport Container Terminal, as well as playing a pivotal role in securing the Tees Renewable Energy Plant build at Teesport. David has been integral in the company winning a number of awards for operational excellence and community support over the past 10 years including Asda’s Carrier of the Year award – the first port ever to win the accolade.

Today, Teesport is a national asset for trade, supporting international and coastal movement of goods in and out of the North of the UK; affirming the Port’s position as a key driver and enabler of the Northern Powerhouse Strategy.

Much of Mr Robinson’s success can be attributed to his ability to connect with and empower his workforce: “The success of our business is down to our people, their skills and leadership qualities.

“We aspire and we are determined to be not just a leading company in the Tees Valley but in the UK and, in particular, the North of England. One of the key ways to be a leading company is to have the best people, and I believe we have the very best of people at PD Ports. Together we are committed to driving further economic growth in the Tees Valley and the wider North.”

As well as focusing on business, David is committed to supporting the local community co-founding the High Tide Foundation in 2012 which aims to raise aspirations of young people on Teesside and increase employment opportunities. So far, more than 80 companies have become members supporting 34 schools and over 4,000 young people have got involved.