Post-Brexit, Northern gateway to Europe ‘more important than ever’ 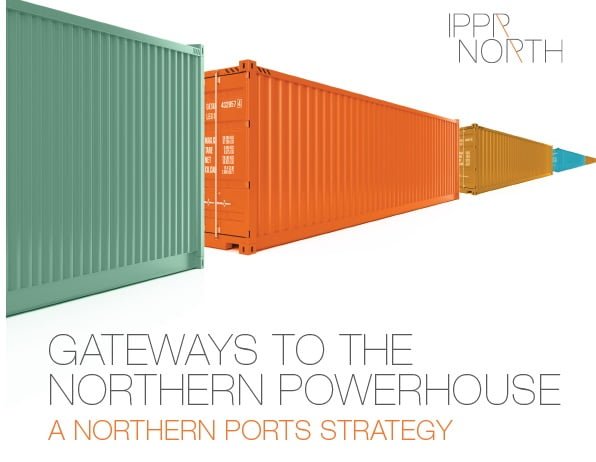 Northern ports sign ground-breaking agreement to ensure a coherent voice for ports, freight and logistics in trade discussions ahead – but North can’t sit around waiting for Whitehall to negotiate Brexit, thinktank warns.

• £100m government investment is needed in trans-Pennine road and rail links to open up an East-West Freight Supercorridor and support the £1billion investment made by ports themselves, report says

• Despite Northern ports punching above their weight, over half of all containers arriving in southern ports end up north of Birmingham – this creates unnecessary logistical as well as environmental problems

Whatever the outcome of EU negotiations following the Brexit vote, trade with Europe remains more important than ever, leading thinktank IPPR North says in a new report.

With over half of all international trade destined for the EU – more than London and most other English regions – the North can ill afford any significant disruption to these vital trading relationships.

The North’s major port operators have brokered a ground-breaking agreement to pursue a Northern Ports Strategy, developed by IPPR North, to work together to create new jobs in and around ports, and boost investment in the Northern logistics network. This will be launched in Liverpool on 29 June.

At present, 60 per cent of freight destined for the North is delivered to southern ports – leading to unnecessary motorway traffic, delays, pollution and inefficiency.

The report calls for new investment to improve transport and freight links across the North in order to create an East-West Freight Supercorridor linking Atlantic shipping to the European mainland and taking pressure off congested north-south routes.

Director of IPPR North, Ed Cox, said:”Britain was a trading nation long before the European Union was ever thought of, and that fact will not change despite the Brexit vote. We need a global North now like never before, so it is fantastic to see the North’s port operators coming together to work so closely.

“The nature of any new European trade agreement will be vital, but the measures set out in our new Northern Ports Strategy provide a framework upon which any new deal must be based.

“To continue to punch above their weight, we need to see government investment to back that of the ports. With over £1billion invested in the ports themselves, government must now put in its £100m to create an East-West Freight Supercorridor and end the costly and inefficient movement of lorries up and down the country.”

Report author Laurie Laybourn-Langton, research fellow at IPPR, added:”Despite the challenges currently facing Northern ports, they have made massive, long-term investment in facilities that will benefit the North of England for many decades to come. To maximise those investments, national and local players need to join up their efforts to boost jobs in key sectors such as advanced manufacturing, process industries and offshore wind.

“Our Northern Ports Strategy provides a framework for making a real difference to the Northern economy and the basis for unprecedented co-operation between the major port operators.”