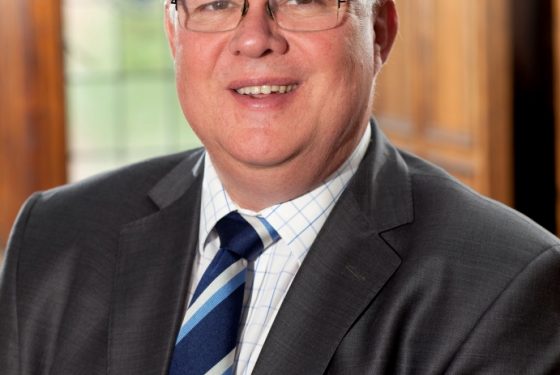 PD Ports has signed an agreement with other major ports across the North in an unprecedented collaboration to ensure its unified voice is heard by Government to improve freight and transport links across the North.

The award-winning ports and logistics company with operations at Teesport, Hartlepool and on the Humber has been holding regular roundtable discussions with Port of Tyne, ABP Ports and Peel Ports.

They have brokered a ground-breaking pact announced in Liverpool today to pursue a Northern Ports Strategy, work together to create new jobs in and around ports, and boost investment in an East-West Freight Supercorridor with improvements to rail infrastructure being the ultimate priority.

Geoff Lippitt, PD Ports’ Development Director, said: “These are going to be changing economic times for the whole of the UK therefore it’s important that the North and Northern ports are seen as a progressive body to drive through that change. We at PD Ports have always been at the forefront of developing economic growth through our investments and this complements what we are already achieving locally, regionally and nationally.”

Compiled by independent thinktank IPPR North, the report’s findings highlight that there is considerable value in the major port operators in the North joining forces to promote the opportunities of using their ports for international connectivity and industrial development.

The 53-page document ‘Gateways to the Northern Powerhouse: Towards a Northern ports strategy’ identifies 15 separate recommendations for central and local Government, and local enterprise partnerships as well as Northern ports, freight and logistics companies themselves.

•Develop local port growth strategies focusing on opportunities in established, developing and emerging industry clusters, energy and logistics.
•A requirement for each major port, working in conjunction with its local planning authorities to develop an adopted port masterplan.
•Transport of the North to work with the Department for Transport and Network Rail to prioritise the creation of an East-West freight super corridor.
•Government to set out a clear, consistent and long-term energy strategy on which on which businesses can plan long-term future investment.
•Government to support modal shift from road to rail and to coastal feedering and significantly reduce costly and inefficient North-South lorry movements.
•Establish a Northern Ports, Freight and Logistics Association to drive strategic co-operation within the sector and to create a Northern Maritime Knowledge Hub.
While 95 per cent of British goods come and go through ports, the region is home to 24 per cent of the UK population but transports 56 per cent of the UK’s rail tonnage, 35 per cent of road tonnage and accommodates 35 per cent of total port throughput.

However, 60 per cent of freight destined for the North is delivered to southern ports – leading to unnecessary motorway traffic, delays, pollution and inefficiency.

Ed Cox, Director of IPPR North, added: “Britain was a trading nation long before the European Union was ever thought of, and that fact will not change despite the Brexit vote. We need a global North now like never before, so it is fantastic to see the North’s port operators coming together to work so closely.

“The nature of any new European trade agreement will be vital, but the measures set out in our new Northern Ports Strategy provide a framework upon which any new deal must be based.

“To continue to punch above their weight, we need to see government investment to back that of the ports. With over £1billion invested in the ports themselves, government must now put in its £100m to create an East-West Freight Supercorridor and end the costly and inefficient movement of lorries up and down the country.”