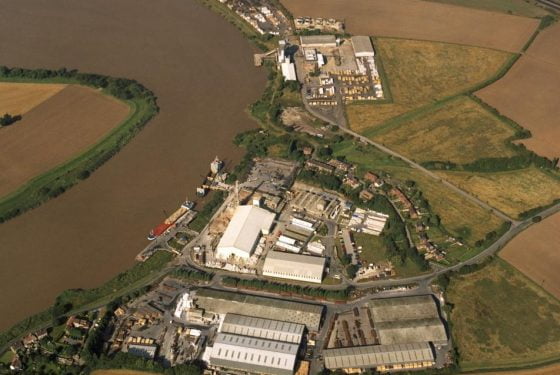 Helm Fertilizer Great Britain Ltd (Helm) has signed a 10 year agreement with PD Ports to operate a blending and bagging facility for its fertiliser imports at the Port of Howden.

The Port of Howden, which is owned and operated by PD Ports will also provide the stevedore service for this new agreement with the first vessel call expected in early 2014. Once received, the fertiliser, which is being imported from Europe and North Africa will be stored at the port before being blended and bagged ready for onward distribution.

The arrival of Helm at the port will see an initial investment of over £500,000 spent refurbishing one of PD Ports’ existing on site warehouses, covering some 68,000 sq ft. With anticipated volumes of over 50,000 tonnes per annum, the Port of Howden will become the central UK hub for Helm who has previously used multiple ports of entry to import fertiliser.

Jerry Hopkinson, PD Ports’ managing director, bulks and port services, said: “We are delighted to have signed a long term agreement with Helm, which will provide a huge boost to the volume of traffic through the port. This new partnership also provides an excellent opportunity to expand the range of activities undertaken at the port as well as further secure its long term future and provide additional employment opportunities once fully operational.”

Howden was chosen by Helm to consolidate its imports based on its location and close proximity to rural regions such as Lincolnshire, as well as the excellent transport links to and from the port.

Having previously only imported fertiliser in bulk for onward distribution, Helm will make a significant investment in a state of the art blending and bagging machine that will be one of the first of its type within the UK. This will enable Helm to add further value and greater efficiencies in its supply chain by bagging fertiliser on-site before onward distribution.

This new machinery is capable of ensuring a precise mix of product, complemented by the first rotary screening system, to remove dust and oversized particles, ensuring the size, quality and consistency of the final product. It will also be capable of applying coating and micro nutrients to keep up with developments in fertiliser coating technology and crop requirements.