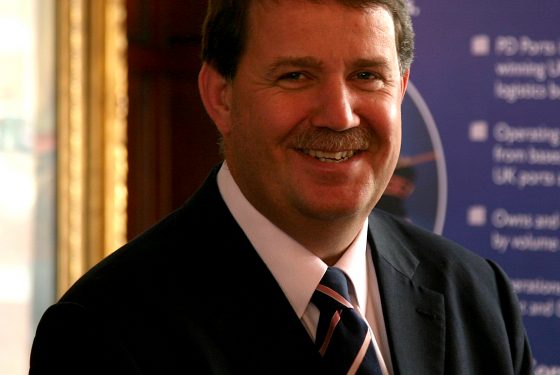 The head of one of the north east’s biggest employers, PD Ports, was last week recognised as one of the most important 25 people in the UK’s freight industry by a leading trade publication.

IFW selected its UK Top 25 based on the size and reach of operation they manage; the degree to which the individual has influenced his or her organisation and raised its profile in the market.

“Although it is by no means the largest port group in the UK,” Freight’s Global 100 said, “the energy with which PD Ports has re-invented itself and its facilities at Teesport is admirable, with a series of sustained marketing campaigns focusing on portcentric logistics and the need for a decent rail connection.

“Behind the company’s renaissance has been CEO David Robinson,” it added. Over the last few years, Mr Robinson has overseen the doubling of Teesport’s container terminal volumes and subsequent investment to increase capacity.

Tesco and ASDA Wal*Mart are amongst the major companies that have invested in Teesside since Mr Robinson was appointed as CEO, through the development of portcentric warehouses at Teesport.