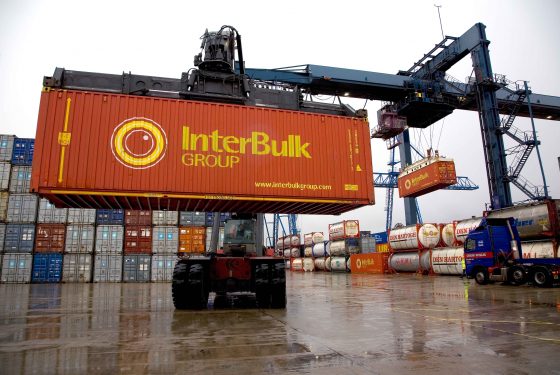 PD Ports has announced it has reached another major milestone at Teesport – handling its 150,000 container through its container terminals for the first time in history within a calendar year.

Frans Calje, PD Ports MD Unitised, said: “To have reached this record number from a steady throughput of around 80,000 containers only some two and a half years ago is a testimony to the success of our portcentric logistics strategy and the hard work that went into making it a success. This is without doubt a highlight we can be very proud of at PD Ports.”

This latest achievement surpasses 2009’s container handling milestone at Teesport, where over 100,000 containers were handled in a calendar year. As a result Teesport has reported a year on year growth in excess of 45 percent at the port’s container terminals. Mr Calje is confident these results will continue to climb in 2011 as Teesport continues with its container handling expansion plans, positioning the port as one of the UK’s major container hubs.

“As we progress into the New Year, we will start to see work commence on the first phase of expansion plans taking shape. This work, which will potentially involve some £29M of total investment, signifies a long term commitment to our unitised business, on the back of major growth opportunities. This will further improve performance and productivity for the port’s growing number of customers,” added Calje.

This is the first phase of expanding Teesport’s container terminal capacity to 450,000 TEU (Twenty Foot Equivalent Unit), from its current capacity of 235,000 TEU – an investment of over £15M. Subsequent phases will be investigated subject to volume growth and market stability. The port’s overall strategy is to expand port wide capacity, including RoRo traffic, to at least 650,000 TEU, which will position Teesport as a major player in the container market.

PD Ports’ recent growth in container volumes at its Teesport container terminals coincides with the highly successful portcentric logistics strategy adopted by the port in recent years. The success of portcentric logistics at Teesport has attracted leading retailers Asda and Tesco, as well as Taylors of Harrogate and the port owners remain focussed on developing the platform to attract more businesses and economic activities across the region in 2011.